The Democratic blogs I read are pretty damn happy about Republicans dickering about extending the payroll tax cut. Freepers are caught between liking tax cuts, and not wanting to hand Obama anything like a win. And with no Limbaugh to guide them, they get a bit rowdy with one another:

WSJ leans leftist but sometimes looses its grip and falls down..
but sometimes they back into something conservative and trip.. and fall down..

WSJ spends a lot of time on their Knees.. quite handy to democrat Presidents..

Add The Wall Street Journal editorial page to the list of RINOS!

Sudetenland is not happy with how this makes Republicans look:


House Republicans are the dumbest, most politically tone deaf idiots in the world. I have never seen a group so bent on political suicide. How can anybody be so unaware of how this plays out in the eyes of the electorate???

Boehner, Canter, and Ryan along with McConnell and Graham have got to be the most destructive force in the Republican Party. When they should be standing firm, the roll over and when they should be flexible, they plow forwards like a ship sailing into a hurricane.

We are going to lose this election in a land slide and it will be the fault of the Republican "leadership."

MCF on the other hand, has different facts:


BS! The House Republicans need to stand firm on this one. They are in the right and everyone knows it, so why cave?

Qbert sees the political realities here, and then veers into conspiracy-ville:

I honestly wonder sometimes if the GOP leaders have consultants (who are actually Democrat moles) advising them and coming up with phony polls on these issues in order to sabotage them.

No way they could be this stupid all of the time.

McGruff is sure the Payroll Tax is just like the American Revolution, as played by Mel Gibson: 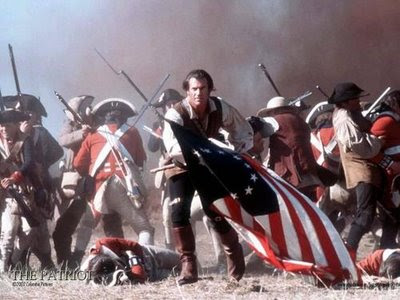 Mr. K has a rather abbreviated version of events:

The Republicans pass a ONE YEAR tax cut extension in the house...

Which goes to the Senate where THE DEMOCRATS block it and instead pass only a 2 month extension...

and this is the Republicans fault... how?

And why aren’t the Republicans screaming about how Obama is taking funds from social security~!!!!!!!!!!!!!!!! with this ‘tax cut’

Geez Boehner is stupid if he can’t bat this one out of the park. Would someone please give him a clue?

Or please vote him out of office of Speaker.

Never mind the back-and-forth about the pipeline and other sundry poison pills...

ICE-FLYER sees this bill as a Weapon of Hate:

This is total crap WSJ...Why int he hell should anything be passed when it is clearly being used as a weapon of hate.

You should be telling the truth about why the dems want this...so it can appear they lead and they care when clearly they do not give a rat spit about the poor or anyone else for that matter.

Let me see if I get this.... If we don’t give Obama everything he wants he will win the election.... ok thats pretty clear. Lets just lay down our arms and surrender now. the should make the establishment happy...

Who are these F-—ing people , other than cowards and statist

Posted by Ozymandias at 3:21 PM